I just wanted to give you an update on my lastest recording session. Yes thats right. Ive finally got back in the studio to start work on the third album!!
Things went pretty smooth and I recorded several new songs. Most of which will remain solo acoustic with me and harmonica. I recorded them live off the floor. Playing,singing and harp all together which will give the songs a lot more raw unpolished feel. Which is what im aiming for on this album.
I also played and sang with mandolin for the first time in the studio. An up beat folky song called Live Free which I think came across pretty cool. We may add some subtle bass on the next session but I am just taking it all one step at a time and very off the cuff. Infact I improvised most the music of Live Free as I played.
Those were the positive things and as always…nothing ever goes without its bumps. My J-45 that has travelled the world with me and played on every song ive ever recorded broke down on me. The internal pick up had had enough. Thankfully it happend near the end of the day and the day wasnt awash due to having brought the mandolin along with me.
I took the guitar into Cork city yesterday to replace the pick up which is no cheap affair. Almost The same cost as a day in the studio which is not somthing I can easily afford…at all.
Having that said, I’m thinking about starting a crowdfunding campaign to help with recording costs. I know times are tough for everyone and I hate to ask for help but I think im going to need it if i want to get this new album ready by spring. So if i do go through with it please donate what you can and help me climb this mountain!

So thats it!
The next recording session is a 3 day push and my good friend Putsky is flying all the way from Canada to help me out in there by playing bass and drums! Im very excited to see him again and make some music together!!
That will happend near the end of January and i sure hope we produce some great music. 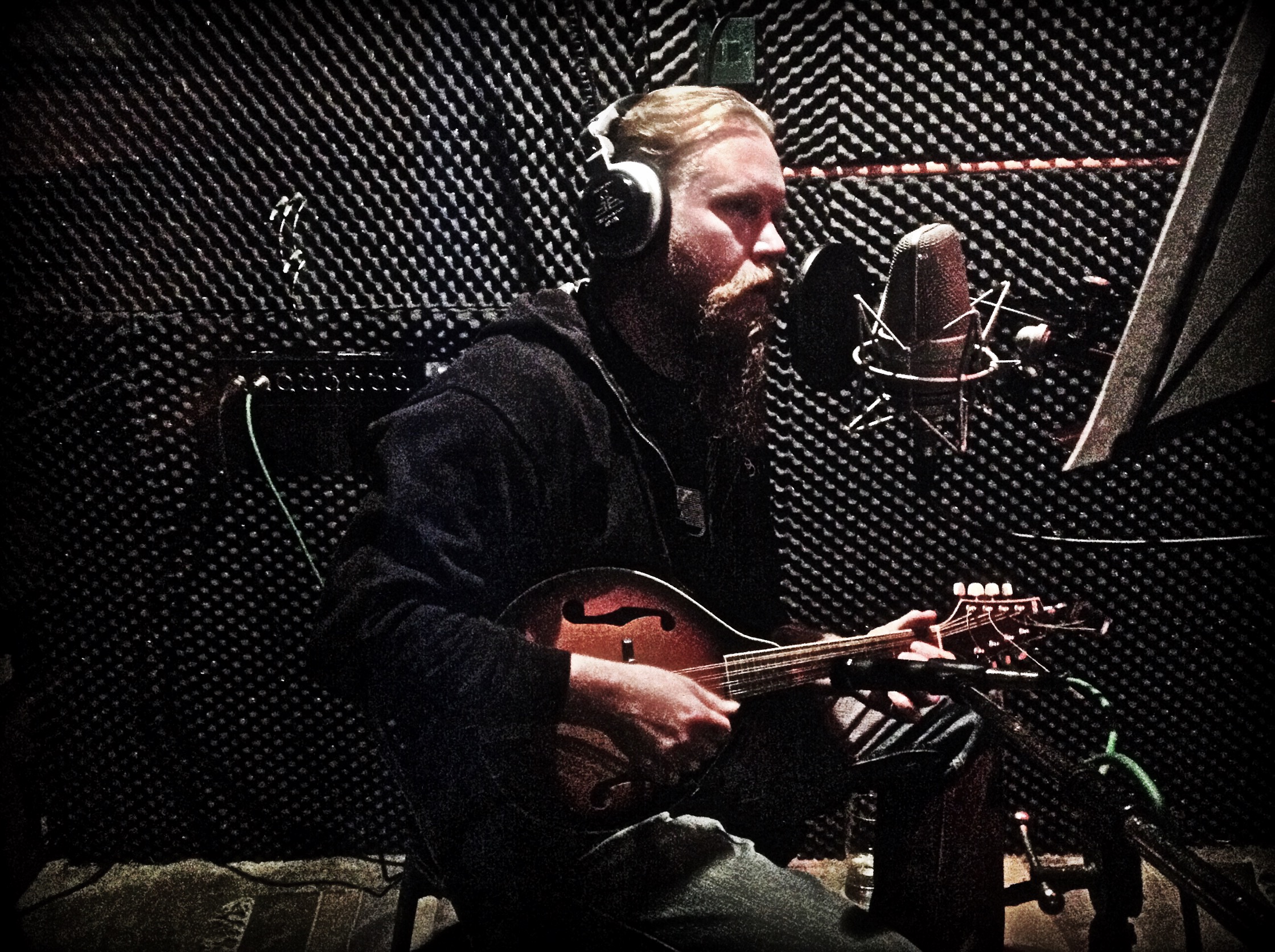 Mandolin in the studio